People who have had their WordPress site hacked commonly ask me “Why would someone hack my website? What were they trying to get?” Were they stealing customer data? Email accounts? Credit cards? The real story may surprise you…

You may imagine the compromising of your wordpress site was a meticulously planned affair. You may picture a crack team assembled around a table strewn with blueprints, pictures and records, preparing to breach the metaphorical building of your business’ site.

In reality, the takedown of your site resulted from someone opening the door. They would have run down the street simply trying the doors to see if any were unlocked. In fact, it’s not even a person running down the street, it’s a robot. Rather than a team of safecrackers, getaway drivers and contortionists, your site was probably hacked by an army of robots just probing for unpatched openings.

Website hacks certainly can, rarely, be carefully planned heists, often involving social engineering tactics to infiltrate the company. These sorts of attacks, however, are time-consuming and expensive, so there needs to be a large payoff guaranteed at the end of it.

The Realities of Automated Hacking

It’s important to understand how hackers compromise sites in order to understand why they’re hacked. We’ve established that your site was probably compromised by a bot, testing for a known vulnerability. Once the hacker accesses a vulnerable site, how do they profit? With automated hacking, an attacker will find themselves with thousands, tens of thousands or even hundreds of thousands of sites suddenly, and briefly, at their disposal. They don’t have the time or the resources to even start looking into any one site in detail. So how do they make their payday?

What your site represents to an attacker is traffic. There are visitors coming to your site every second and they’re all worth money to the right client.

Your visitors are redirected away to another website which has paid for traffic. Unfortunately, these sites are often adult in nature, and a customer expecting to see your site can find themselves with a pretty explicit ad in their face. To add to this indignity, if they are browsing at work then their unintentional trip to the seedy side of the internet will trigger alarms in their IT dept which they will have to explain. The goal for the attacker is not to land your customers in an awkward meeting with their boss however, it’s to direct traffic to the highest bidder.

Hackers use your site as a billboard for political messages, self-promotion or whatever cause is dear to them. Some attacks are more subtle, with new blog posts being added or content being changed to add links off to advertised sites. The goal is to their message in front of more traffic.

In a ransomware attack, a virus encrypts the files of your site and deletes the originals. The attacker demands an anonymous payment, claiming they will decrypt your site, but usually don’t do it, even if the payment is sent. The goal is to get a quick, direct payment out of you.

Malware on the site can attempt to send malicious code to visitors, helping to spread viruses. It’s hard to get people to voluntarily visit the sort of shady sites who will spread viruses for money, so they use your hosting and your customer base. The goal is to maximise virus downloads.

The Real Cost of Being Hacked

As you can see, your wordpress site was probably not hacked for your private information, but to hijack your traffic. It’s your unsuspecting customers and visitors themselves which are the prize. The cost of a wordpress hack is therefore not measured in downtime hours or dollars stolen, but in damage to your reputation and customer relationships.

WordPress Assurance is the simple solution for putting your site into safe hands so you can give your business your full attention. 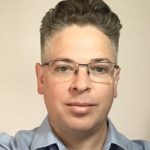 I’m Elden McDonald, the principal of  Petrie Associates. I’m a software developer with over 15 years experience. I already look after a lot of WordPress sites each day. Why not let me look after yours?